So when I signed up for MySpace in the early 2000s, right after college, I immediately friended my co-workers at my job. We’d post stuff about what we were doing at work. Shortly after arriving at Davidson College, I joined up on Facebook and again, connected with a wide variety of co-workers. I actually found connecting with the faculty to be especially useful. It opened up avenues for discussions in the halls, when I’d bump into them. “Hey, it looked like you had a fun weekend with the kids on Lake Norman” would spark other conversations and acted as a nice catalyst into other discussions about work. I think my introverted personality really appreciated it. I still use Facebook as a tool for this kind of water-cooler interaction.

So in 2011, I joined Twitter. I did it with the idea that I would use it as a professional platform. The biggest difference from Facebook being that Twitter could be a oneway interaction. I could follow someone without them having to follow me in return. Facebook has since added this to their platform but Twitter is still the “Follow me” platform in my opinion. I was able to follow various videographers, producers and camera nerds both in educational technology and in the independent film realm. My Tweets revolved mostly around massive open online courses early on. That was the area I was working heavily in at that time. I would post a lot of production pictures, tagging Sony in them when I could, showcasing their cameras at work. I got enough recognition that the official Sony channel followed me. Several other higher profile production accounts also connected. To me though, Twitter was still somewhat impersonal. I think my feelings got bruised when Bryan Cranston ignored my seemingly witty tweets about his dentist character from Seinfeld, Tim Whatley.

So how has it played a roll in my professional development. Well, I think Facebook as played the bigger roll. Early in my career at Davidson, I saw my biggest obstacle being my need to get to know the faculty. It was tough because here I am, the new guy at a prestigious college, filled with brilliant minds. How do I talk to someone with a degree in Russian literature? So I found that avenue through Facebook.

So know I’m trying to figure out how to get Bryan Cranston to acknowledge my humorous Seinfeld antidotes. To a lesser extent, trying to get my fellow instructional designers that I might not ever meet face to face, to connect with me. It has been an uphill battle on Twitter for me but one that I’m willing to try and navigate. Who knows, maybe I’ll come up with the meme of the year and Mr. Cranston will not only re-tweet me but follow me. 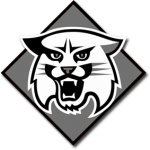